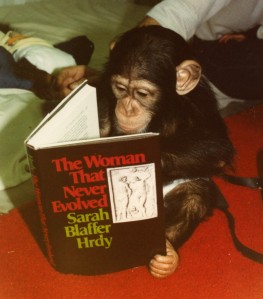 Angels exist. One of them is six months old. After the operation trying to save her son’s life, Bettina freezes. Drown in the overwhelming chalk that is the light at the hospital. It blasts in the eyes, it burns, burns, burns. In front of the little doll plunged into coma, in front of the little candle-sculpted face, she forbids the crying. She persuades herself that stoicism will give courage to all of them, and mostly to him. She’s right, simply, she doesn’t realize it anymore. The light of the world becomes whiter, blinding, each of the five days before the heart stops beating. And then, it stops.

This is the birth of a mourning. Audience of their own life, her husband and herself. One week, two, three, four. She is entirely unaware of what is happening. There lies a certain emotional honesty. This is emptiness, and it lasts one month. Shower, eat, the habit of complying to her daily cadence. Then, she gets blinded completely. Her body crumbles, all her muscles let go at the very same moment. She gropes around, eyelids down. Kind of a haze overruns the apartment, but it is chromatic abstraction, the sun reflections on metal sheets. This is no tangible reality. She brushes against the walls. Gets hurt on the door frames. For each knock, it echoes, it pounds in her breast, and she remembers. Bruises cover her thighs as she bangs into the table corners. She doesn’t set the temperature anymore in the shower, let it be burning or cold, let it be whatever, let it be pain, wishing the water pierces her through. All this repressed emotion, when still she hears the babbling, the squeaking and the wooden toys that are slamming. The consistency of her collapsing is heavy, yet she undergoes it, doesn’t evacuate the exceeding Earth’s gravity anymore. She wonders if pain fades away eventually. It doesn’t. Her husband and her self go on crying. There is no possible love between those two anymore. They had taken the oath of loving each other until death do them part. Death does them part. They are not a couple anymore. They are two disabled from a dissolved family. Dissolved in the morphine overdose which has been injected to the Leipzig chimp. Poor killer put to death.

And then comes the trigger of their way out. Pulled one day. Light has toned down and again they see. Why and how, she doesn’t talk about. They get a divorce. She leaves for Brussels. He stretches out his strength of character to fill the abandoned space in the living room. And he starts a new life. Men start new lives, that is to say, quite simply, that they maintain their attitude of going on. But I guess he wonders, even if I have never seen him, in what way he is guilty. Every morning at shaving time, probably, that is what men do. And if he isn’t guilty, then why, why does it still hurt so bad. And she wonders, that I know, every evening, despite the apes and despite the work, she wonders: where is the baby?